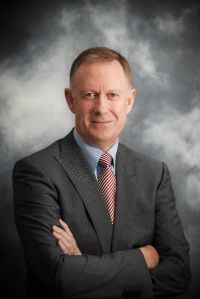 Cyberjaya, 10 January 2011 – BMW Group Malaysia today announced that the organisation had achieved record performances in 2010 for all of its Malaysian business units – BMW, MINI and BMW Motorrad.

Announcing the performance result, Geoffrey Briscoe, Managing Director, BMW Group Malaysia said, “The year 2010 proved to be yet another historic milestone for us where we managed to set successful benchmarks in all areas of business. With the the Malaysian automotive sector growing significantly to a Total Industry Volume (TIV) amounting to 598,200 units, the most ever achieved and surpassing the previous record of 552,316 units achieved back in 2005, all signs seem to point towards a positive recovery from the 2009 economic downturn.”

Briscoe further added that aside from registering record performances for the current variants of the BMW 3 Series and BMW 7 Series, the successful year was also achieved through the introduction of several new key models such as the all new BMW 5 Series, BMW X1, BMW X5, the BMW S1000RR Superbike, the new MINI Cooper range as well as the significant milestone of local assembly operations for the BMW X1 at BMW’s top level facility in Kulim, Kedah.

“In 2010, we introduced a product portfolio which demonstrated why we are the most dynamic automaker in the premium segment of the Malaysian car industry. We introduced leading, cutting edge technology for cars in the segment and we introduced the new locally assembled BMW X1 model, a first new BMW model series to be assembled here in 27 years.  These strategic initiatives drove our performance for the year and moving forward, we fully intend to continue to deliver on our strategy of delivering the full range of BMW vehicles to Malaysia as soon as they are made available. We are also studying the viability of introducing additional locally assembled models series here in Malaysia.” said Briscoe.

Also contributing to BMW Malaysia’s performance for the year was its network of dealerships which also grew steadily to 15 dealerships throughout the country with the introduction of four new dealerships in Kuala Lumpur, Kuantan, Butterworth and Johor Bahru. The organisation’s chain of dealerships were also instrumental in spurring the growth of the BMW brand through successful initiatives such as the BMW Innovation Days program, the BMW Merdeka campaign, the BMW Xpo, BMW Premium Selection Showcase as well as the ever popular festive events, CNY@BMW, RAYA@BMW and Christmas@BMW.

“Our goal in Malaysia has always been to deliver the ultimate premium experience behind owning a BMW, which always goes beyond the precise engineering and leading technologies that our vehicles are built upon. In order to achieve this, we ensure that our premium expression is communicated and delivered to our customers at every engagement and touch-point, which is why our dealerships play an important role here as they are the most pivotal contact to our customers.” said Briscoe.

In terms of business strategy, BMW Group Malaysia’s ongoing commitment towards introducing BMW EfficientDynamics technologies in its entire product range, as well as the introduction of additional BMW Advanced Diesel models, has also led to the organisation becoming the automotive premium segment leader in emission standards whilst continuing to improve on vehicle driving dynamics and performance. With the growing level of understanding and appreciation amongst customers around the importance of emission reduction and improved efficiency standards, BMW is confident that its award winning BMW EfficientDynamics innovations will continue to set it apart from its competitors in 2011.

“We are the Most Sustainable Car Company in the World so it is only natural that we should introduce our leading proposition, the BMW EfficientDynamics strategy here in Malaysia. We know and believe that Clean and Green Technology is the future of the car industry and by introducing them to the Malaysian market, we aim both to show our commitment and ambitions in the creation of cars that are not only fuel efficient and better for the environment, but to also educate Malaysian drivers on the need to take affirmative action in the battle against climate change” said Briscoe.

Briscoe further commented that while the Malaysian government has made significant strides in encouraging the greater adoption of green technology, additional steps still need to be taken, particularly in light of the governments set objective of achieving a 40% reduction of current emission standards by the year 2020.

“Incentives need to be introduced to encourage the greater adoption of diesel fuel in Malaysia, as was done with the introduction of tax and duty waivers on Hybrid vehicles in 2010. The fact of the matter is that while Hybrids are designed to be environmentally friendly, they are not the one all and be all solution to promoting sustainability or reducing carbon emissions. The fact of the matter is that Advanced Diesel technology options are the most readily available and immediate alternatives that can be easily implemented today” said Briscoe.

Briscoe added that Advanced Diesel engines provide up to 20% more horsepower, 75% more torque and up to 30% efficiency in fuel consumption compared to its petrol equivalent, whilst at the same time also generating 20% less carbon dioxide (CO2) thus significantly reducing the amount of harmful emissions introduced to the environment.