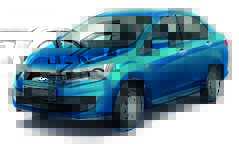 Rawang, 26 August 2019 –  The Perodua Bezza has made headway in the two years it has been on sale in Sri Lanka, becoming the island nation’s best-selling new sub-1.0 litre sedan. In the first seven months of 2019, the Bezza leads in terms of new vehicle sales, across all body styles.

Sri Lanka is the Perodua brand’s biggest overseas market, where local distributor Unimo Enterprises has sold over 15,600 Perodua cars since 1997.

“We congratulate Unimo Enterprises Chief Executive Officer and Executive Director Mr Mahesh Gunathilake and his team for their hard work in promoting the brand and especially for the significant milestones they have achieved so far,” said Dato’ Zainal Abidin Ahmad,  president and CEO.

“We work very closely with Unimo to provide product knowledge and technical training for their sales and service staff, so our valued Sri Lankan customers can rest assured knowing that their Bezza and Axia are always in the best of hands,” he added.

The Bezza variant on sale in Sri Lanka comes with an aluminium-block 998 cc VVT-i engine and a four-speed electronically-controlled automatic transmission, allowing a rated fuel efficiency of above 21 km/l.