Hiroshima, 26 May 2011 – Mazda Motor Corporation has announced that cumulative production of the Mazda3 (known in Japan as the Mazda Axela) reached three million units on April 26, 2011. This milestone was achieved in just seven years and ten months since production of the first-generation model commenced, making the Mazda3 the fastest-selling model in Mazda’s current lineup of passenger vehicles. The Mazda3 is a true global model; it is produced in three locations — Mazda’s Hofu Plant in Yamaguchi, Japan, the Changan Ford Mazda Automobile (CFMA) plant in Nanjing, China, and AutoAlliance (Thailand) (AAT) — and sold in approximately 90 countries and regions*2. The three-millionth Mazda3 was produced at the Hofu Plant. It is a Japanese-specification five-door hatchback with Mazda’s MZR-2.0L engine and i-stop, Mazda’s unique idling stop system.

END_OF_DOCUMENT_TOKEN_TO_BE_REPLACED 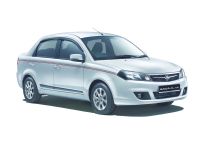 Subang Jaya, 25 May 2011 – National car manufacturer Proton today introduced a new variant of the Saga FL, empowering its best-selling model with an even bigger heart in the form of a 1.6-litre engine.

At RM46,549 – only RM3,700 above the selling price of the current 1.3 Saga FL Executive – the all-new variant is powered by the 1600cc Campro IAFM engine, and is available only with automatic transmission and in solid white colour. Bookings commence immediately, and the new variant can be viewed at all Proton showrooms nationwide.

Distinguishing the 1.6-litre variant are new alloy wheels and decorative body stickers, while its interior features such as air ventilation outlets, centre panel, door inner handle and steering ring, exhibit an elegant dark chrome finishing. Other features that come standard with the car are dual front airbags with seatbelt pre-tensioner, audio control switches built into the steering wheel, an audio system with USB port and side mirrors with built-in LED indicator lights.

Since its introduction in January 2008, the Saga has quickly evolved into becoming one of top selling models in Malaysia, winning multiple awards and being named by Frost & Sullivan as the Best Model of the Year in 2009 and Best Passenger Car of the Year in 2010. Up until April 2011, 237,829 units of the Saga are already on the road with Proton receiving more than 285,499 bookings to date.

With the introduction of the Saga FL (face lifted variant) in December 2010, sales of the Saga had risen to an average of 6,700 units per month. Proton expects sales of the new 1.6-litre variant to average 300 units per month, which would contribute towards the projected sale of 83,000 units of the Saga during its 2011/2012 financial year. The company also hopes to sell a total of 173,000 units of Proton cars during its current financial year, which accounts for being 7% higher than the 162,012 vehicles sold during the last financial year. This would move Proton’s domestic market share up to 28%.

Winner of the recent Frost & Sullivan award for Best Value for Money Car of Year 2011, the Persona averages the sale of 4,000 units per month with a total of 156,487 vehicles already on the road and more than 173,011 bookings to date. It is also one of the top selling cars in the domestic market.

“Competitiveness greatly depends on the flexibility of doing business, and in adapting quickly to take advantage of arising opportunities. The continual introduction of different variants complements the roll-out of new models and is in line with providing customers a greater variety of Proton cars to choose from,” said Dato’ Sri Haji Syed Zainal Abidin. 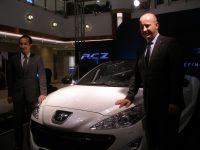 Kuala Lumpur, 19 May 2011 – Nasim Sdn Bhd, the official distributor for the Peugeot brand in Malaysia, today launched the much awaited and award winning Peugeot RCZ.

END_OF_DOCUMENT_TOKEN_TO_BE_REPLACED

Petaling Jaya, 12 May 2011 – Naza Group of Companies, Director of Corporate Affairs, Zakaria Ismail today drew the name of one lucky Naza World customer who will be soon driving home a Mercedes SLK 200K.

END_OF_DOCUMENT_TOKEN_TO_BE_REPLACED

Shah Alam, 10 May 2011 – Honda Malaysia today held an official groundbreaking ceremony at the construction site of the new Honda warehouse. The new warehouse located at Industrial Bukit Jelutong, Shah Alam, will enable Honda to serve Malaysian customers more efficiently. Honda Malaysia has invested more than RM50 million on the new warehouse, which is expected to be operational by 2nd quarter of 2012.

END_OF_DOCUMENT_TOKEN_TO_BE_REPLACED 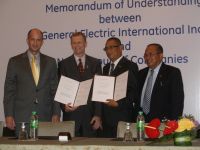