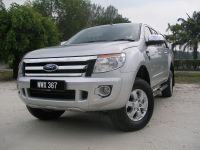 Sime Darby Auto Connexion is the one of automotive subsidiaries of the Sime Darby conglomerate which actually does not require much explanation. This Group is a main pillar of the Malaysian corporate scene with interests in many industries like plantation, utility & energy, healthcare and automotive regionally. Recently, it has been hitting the headlines of most media due to their purchase of the high profile Battersea power station in London for redevelopment. Sime Darby Auto Connexion was set-up in 2008 to be the sole importer and distributor of the Ford brand after a major internal reorganisation. In the last few years, the Ford brand has been making a steady resurgence with their market share continually growing. This trend will be more intensified with the launch of this new Ranger and a number of new models.

The Ford Ranger is the ‘mother of all pick-up trucks’ as the first Model T was introduced about 100 years ago. Over the years, many competitors have emerged and captured a slice of the pick-up market. As the market place now has many competitors, Ford undertook upon themselves to go back literally to the drawing board to introduce this new Ranger after undertaking much research and development. So, the tag-line Ford Ranger versus The World was coined – in essence the Ranger taking on all its competitors by setting new standards in performance, durability, features and driving 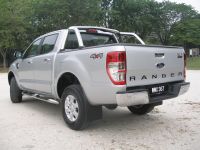 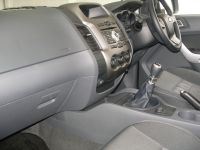 pleasure. At the launch event held recently, the concept was very much in sync with this new Ranger as it was a truly an event to be remembered as it was fast paced, action packed, energetic, full of life performance by a local dance troupe which captured imagination of the media, dealers and guests alike. The highlight was the Ranger pulling a regular tour bus!

There has been much done to the look of the Ranger compared to the earlier model as the rugged edges have been mildly rounded to give it a more pleasing look. This by new means is meant to belittle its robust presence. The new-look includes the new front grille to make a statement of the current generation Ranger which is a workhorse by nature but also suits the purpose of a family utility vehicle as well. It is longer than its predecessor with pronounced wheels arches. The headlamps have been redesigned to combine the signal indicators boldly on top of the headlamps. In the rear, the cargo bed is also larger than the predecessor coupled the smart, large rear lamps. The overall stance of this 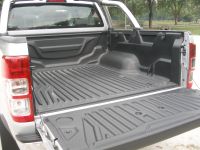 Ranger is higher with a longer wheelbase than most other pick-ups available currently.

This Ranger is aimed at part of the market which requires a robust workhorse in all spectrum of industries like plantation, mining, construction, logging, telecommunication or even the urban SMEs’. This vehicle will find its place on the list of all fleet managers regardless of the segment of the economy. With the manual and auto variants available including the premium Wildtrak, choosing the right variant will not be a problem at all.

The retail presence of the Ford brand has seen improvement as there are now 49 outlets in Peninsular Malaysia and 10 in East Malaysia. There is presence in all major cities and towns to offer customers the reassurance of the essential after-sales support. All these centres are staffed by well trained personnel for fast efficient service which means better turnaround time and minimum downtime. 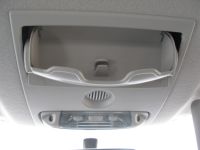 Once inside the Ranger, the immediate impact will be the overall harmony of the interior in choice of colours and material. It is a quantum leap from the pick-up of the old days as 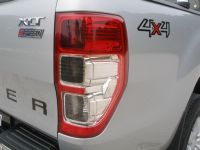 what is offered can even match some SUVs’. There is a dominant 4.2” multi-funtion display on top of the centre console and the finish of the dash is simple yet with durability, functionality in mind. The sparing use of matt aluminum finish material on the four-spoke steering wheel, instrument panel, gear knob and the centre console enhances the appeal of the interior. In area of entertainment, there is a FM/AM radio, MP3,CD with USB, Bluetooth and iPod capability, 6 speakers plus Voice Control. The Voice Control feature is activated by pressing the button on the steering wheel to activate verbal prompting of the various functions like selecting a radio channel or using mobile devices to dial a number or name.  This feature will make this Ranger standout from other pick-ups as it will make driving safer and user friendly. There are also plenty of storage spaces well spread out but the standout is the two storage spaces below the rear seats that can be locked including the clove compartment for further safety. The legroom available for the front occupants is good and the legroom for the rear passengers is ample. 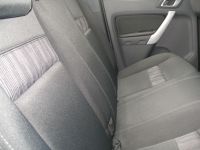 All the knobs and switches are within easy reach including the electronic shift-on-the-fly switch which can be operated when on the move but below 120km/h. The reading lamps, sunshade holder and the illuminated entry lighting go to score high marks for the interior.

The powerplant of our test model is the 2.2-litre TDCi or Turbo Diesel Commonrail injection which is rated to deliver the power of 150PS at 3700rpm and 375Nm of torque at 2500rpm. The engine utilizes Variable Geometry Turbo-Charger Capability to achieve better performance and fuel economy. Of course, the major component of this Ranger is the 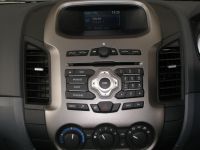 class-leading 6-speed manual transmission designed to be fugal on the fuel but at the same time deliver performance. We decided to undertake our test along the old road from Banting to Port Dickson. The steering wheel felt comfortable and responsive whilst the NVH in the interior impressive for a pick-up truck. At the normal cruising speed of 100km/h, the rpm was 2100, at 130km/h it was 2500rpm and 160km/h was reached at 3100rpm. These numbers speak for themselves on the fuel consumption and this is proven as we travelled 175km using only less than a quarter tank of fuel.

There are a host of active and passive safety features including ABS, EBD, Emergency Brake Assist and Load Sensing Proportional Valve. The front occupants are equipped with two airbags and there are also side impact protection beams. With these features, this Ranger achieved the 5-star rating in the ANCAP safety rating. 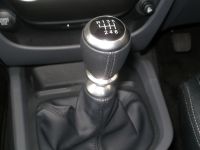 As a workhorse, this Ranger has a class-leading 800mm water wading capability, payload capacity of 1341kg and a towing capability of 3350kg. 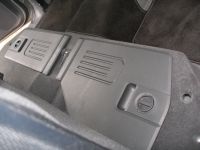